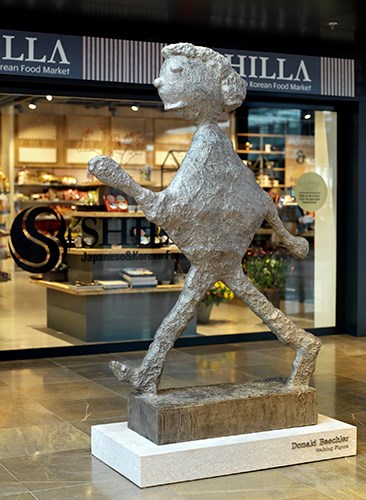 Donald Baechler, born in 1956 in Connecticut, United States, is known for his sculptures of collage-like drawings and paintings. About his work, the Walking Figure, Baechler says: “I was interested in the idea of contradiction of a large bronze still image and the exploration of the possibility of an “implied” forward movement. This work is often exhibited in places where your eyes can see it “walking”, such as on an open field”. Courtesy of the artworks Reflex Amsterdam and the artist.