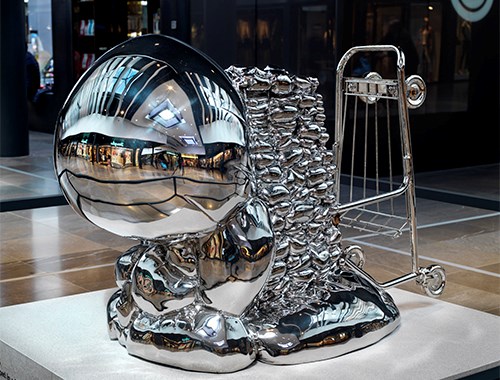 Joel Morrison, born in 1976 in Seattle, is an American sculptor known for his sculptures of everyday objects made of cast glass fibre or stainless steel.

In his shopping cart series, Morrison used found shopping carts as cages for blown-up balloons that look as if they are about to escape from the carts. Having been cast in steel, the effect is a sense of transience frozen in time. Impermanence and plasticity are transformed into a permanent state.

Courtesy of the artworks Reflex Amsterdam and the artist.