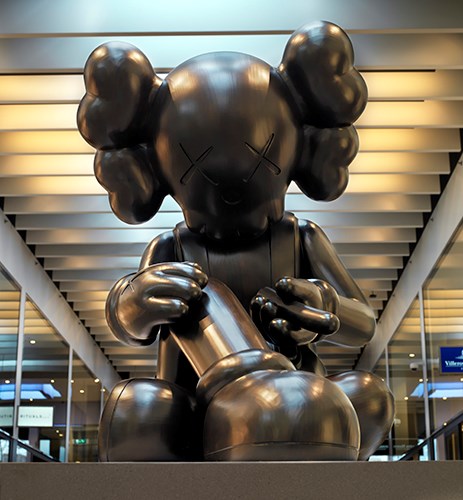 Brian Donnelly (professionally known as KAWS) was born in the United States and has been a graffiti artist, illustrator, painter, sculptor, product designer and toy maker. His cartoonesque style, including his most well-known characters with X-ed out eyes, has its roots at the beginning of his career when he made street art. In ‘Better Knowing’, KAWS has produced a signature work in the form of a Mickey Mouse-like character as only KAWS can: a redesign of cartoon characters with x-ed out eyes.

Courtesy of the artworks Reflex Amsterdam and the artist.